The Movies in London

Where can I watch movies in London?

London is home to around 800 cinemas and has a good mix of multi-chain and independent cinemas. This represents about 20% of UK cinema's and about 25% of the audience.

Where can I see a movie on an extra large screen/IMAX?

Where can I watch movies in luxury?

What other Cinema experiences do I need to know about?

London also has an exciting Pop up cinema scene. Pop ups have included watching a movie in a hot tub on a roof top, watching a horror in a cemetery or feeling part of a classic film with Secret Cinema. Here are some pop up cinema clubs worth following Pop up Screens, Nomad Cinema, Roof Top Film Club, Secret Cinema and Luna Cinema.

Secret Cinema is a movie watching experience like no other......

Interesting and useful stuff about Movies in London

Some money saving tips to help...

The Must do movie experience

Secret Cinema is a movie watching experience like no other......The formula is to take a classic movie and bring it to life for the viewer and make you feel like you are part of the movie. The movie is held in a secret location, once you buy your tickets you will be given a dress code which will require you to dress in character. You don't just arrive at a cinema to watch your favourite film but a live theatre like production where actors play parts of the movie and interact with the audience. Imagine being able to drink in the "Star Wars" bar with characters like storm troopers, Chewbacca and other weird looking alien creatures drinking in there with you. For Star Wars fans this is a dream come true and this is what Secret Cinema does. So keep a look out for their next production and if it is a film you love, get involved. 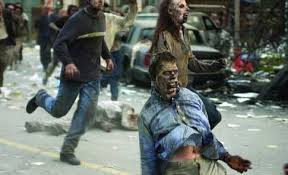 Don't just watch movies and TV..... Why not try and be part of the action by being an extra! London is a city where lots of movies and TV is made. Keep track of/register with Castingnow, Starnow, Universal Extras, Casting Collective and Extra People. You could be the next David Hasslehoff!

London is the world's third busiest movie production centre with over 14,000 movie production days which means there are a lot of movies with London as a location. Here are some we recommend: 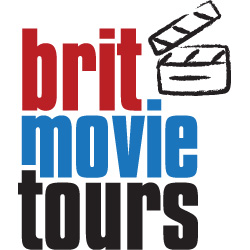 Maurice Micklewhite one of the UK's most famous movie stars of all time was in leicester Square talking to his agent from a phone booth in 1954 and at that time was going under the stage name of Michael White. His agent had work for him but with another Michael White in the acting world, stated that he would need to change his name. Maurice Micklewhite looked up at the Odeon where a Humphrey Bogart film the Caine Mutiny was showing and said to his agent, "call me Michael Caine". More than 60 years later Michael Caine is a double Oscar winning actor and legend in the world of movies.