London gives you plenty of excuses to party and if you don't have an excuse, make one up. There are so many fun and diverse things you can do to really enjoy London and live life. There are so many things to do this page is just a taste of things to hopefully inspire you. 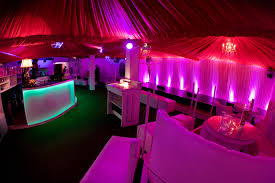 There is always a party going on in London......

London is a place you can find a party pretty much any day of the week.

Night Clubs - London has some amazing nightlife. There are too many clubs to mention so here is a list of some popular London nightspots: Ministry of Sound, Egg, Cargo, Electric Brixton, KOKO, XOYO, Studio 338, Corsico Studios

Live Music - You can see a live band every night of the week and you have the variety to choose the type of music you want to listen to. Jazz lovers must have a night out at Ronnie Scotts and Club 606. Rock Music Fans have numerous options including Dublin Castle, Alley Cat Bar which all offer live music 7 nights a week.

Music Festivals - The UK and London have some of the best music festivals in the world. Being in London gives you easy access to all these and we have not started on the European ones. 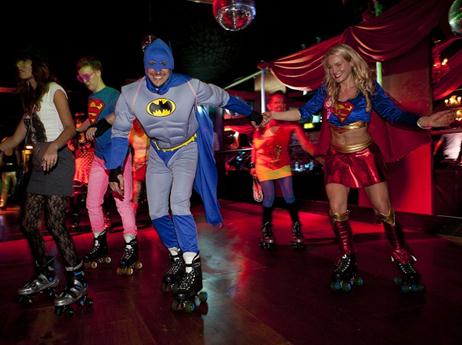 Quirky and Unique Days/Nights out

Roller Disco - Dance the night away on roller skates.

Circus London - Dine while being entertained by circus performers and end the night dancing on the tiles.

Medieval Banquet - Step back in time with a feast and entertainment from a period when King Henry VIII ruled England.

Zoo Lates - During the summer months the Zoo opens late on a Friday night and with a real fun carnival like atmosphere.

Prohibition Nights - A 1920's theme night taking you back to a period when alcohol was prohibited. Have a night of illegal fun. Also try Barts and the Evans and Peel Detective Agency.

Doodle Bar - Bar with a focus on creativity and you are able to enjoy a good scribble.

Singalong Piano Bars - Have a sing a long around a piano and can do this any night of week in London. Also try Players. 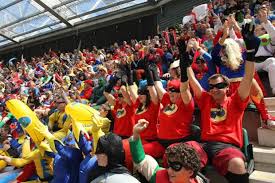 Rugby Union Six Nations - England, France, Italy, Scotland, Ireland and Wales battle it out for bragging rights during February and March.. Find a good rugby pub and enjoy the atmosphere.

Oxford Cambridge Boat Race - The river fills up along the banks of Thames to watch the annual Cambridge vs Oxford Boat Race. You see the boats for about 20 seconds fly pass the rest of the time you spend the day drinking and being merry. On the other side of town is the Spitalfields Cambridge vs Oxford Goat Race.

Rugby World Sevens - Wear fancy dress and head to Twickenham to watch the Rugby Sevens. Don't worry about the result you ca read that in the papers in the morning as you nurse your hangover.

Polo in the Park - Put on your best threads and party with the Toffs at a game of Polo in Fulham. The sports boring but the day of drinking is fun.

Royal Ascot - Another occasion to dress to impress as the UK's most stylish racing carnival takes place.

Darts - Fun for the common man as Britain's best athletes battle it out to be Darts champion during December and early January.

Superbowl Night - Sports bars and American expat venues fill up to watch the number 1 event in the USA sports calendar. 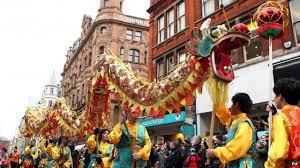 Australia Day (January 26, Aussies Party Hard), Superbowl Night (see above) Chinese New Year (China Town & Trafalgar Square celebrates the Chinese New Year in true festival fashion), Waitangi Day Pub Crawl (A pub crawl with a large group of Kiwis celebrating their national day), Carnival-Sth American Style (A long way off the real thing but still an excuse the head to a latino bar to party) St Patricks Day (March 17, Wear green, head to an Irish Bar and celebrate this great day), Kings Day (Can't be in Amsterdam than still party with the Dutch at De Hems), Canada Day (July 1, The Maple Leaf, Covent Garden is the place to head to), Independence Day (July 4 The USA celebrate the defeating of the aliens or maybe for some other reason, American bars will be fun on the 4th!), Notting Hill Carnival (Europe's biggest street party celebrating Caribbean culture in the UK) These are just a few of the multi-culture celebrations in London.