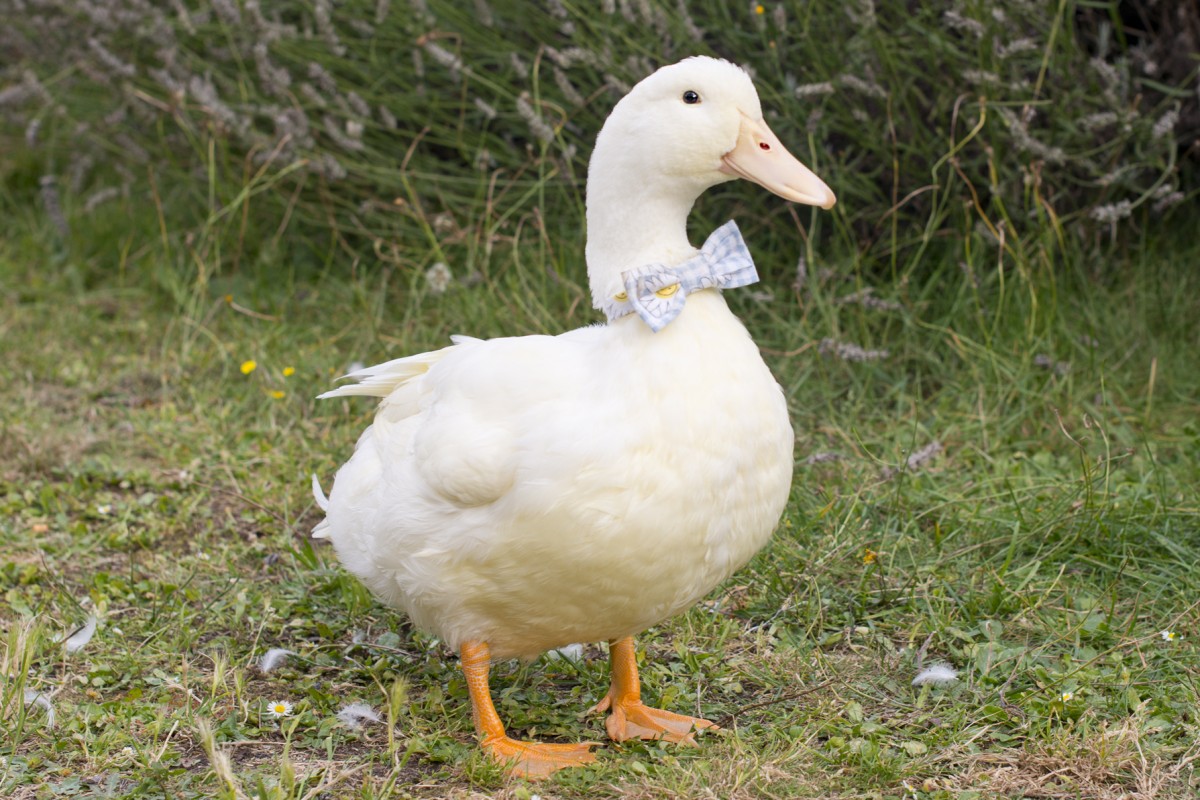 The Eggs-traordinary Story of Clarence the Supermarket Duck

(Photo credit - Lapdog Photo Productions/Bow tie made by Louise M Crowley, a London based artist and owner of therapy dog Starlett The Westie)

Take a walk-through Vauxhall Park and you may see the strange sight of a duck with two old staffies (staffordshire terrier dogs) being exercised in the dog enclosure.

The first thought that comes to mind is - How did the duck get in the dog enclosure? 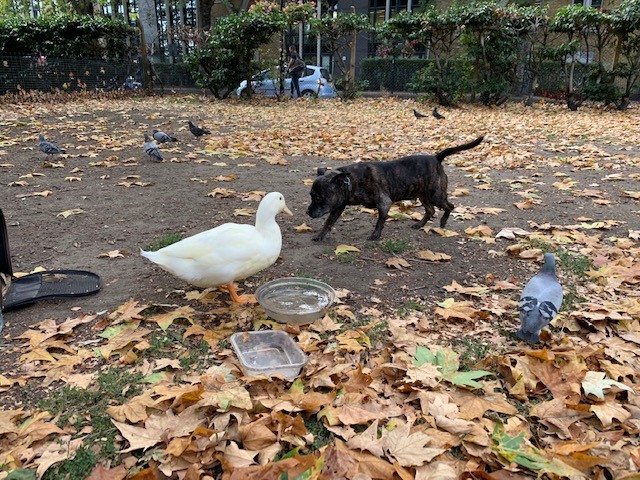 Clarence in the dog park with his Staffie dog sibling

The duck first came to London on the back of a lorry in a Clarence Court egg carton that was delivered to Sainsbury's. Charlie looking to test an incubator bought for his Aunty, decided to test some duck eggs he bought and had the joy of seeing a heart-beat emerge 5 days later.

June 19, 2019 (Father's Day) and Charlie’s duck egg from the local supermarket hatches and he now has a duck named Clarence (after Clarence Court Eggs) living with him (think Chandler/Joey style in friends) in Central London. 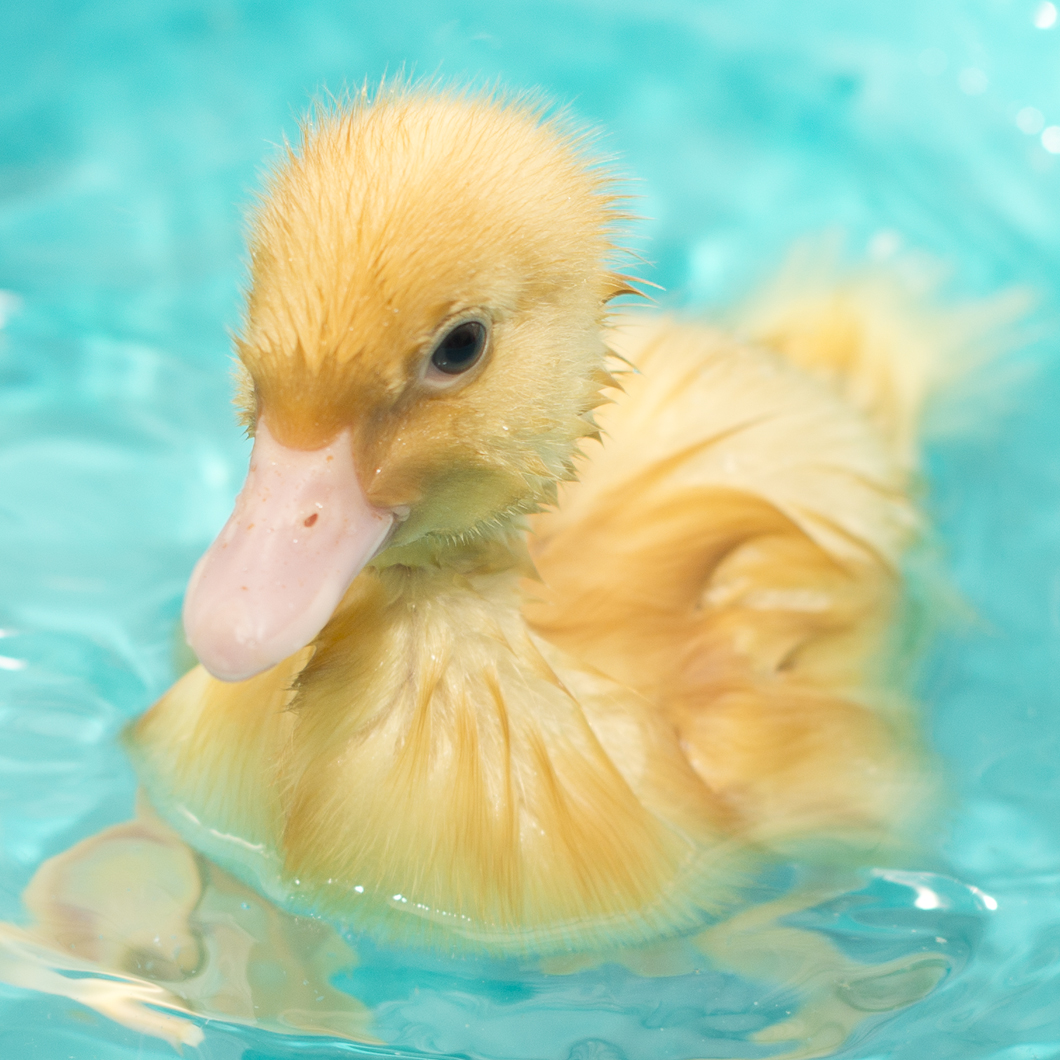 Being a duck owner isn't all fun and games as it requires company at all times. Clarence is bathed three times a day and likes to dine out on slugs, dried meal worms as well as prawns. His diet is varied and also consists of all kinds of lettuce, bird seed as well as tomatoes, beetroot, fish, pasta and rice.

Every day Charlie heads to Vauxhall Park with a pram. One of his elderly much loved Staffie’s sits in the chair while Clarence is safely attached to a dog crate at the back of pram and his other Staffie walks alongside as they head to the park for an afternoon of exercise in the dog enclosure. Given Clarence the duck probably thinks he is a dog and one of the pack he is probably in the most appropriate place. 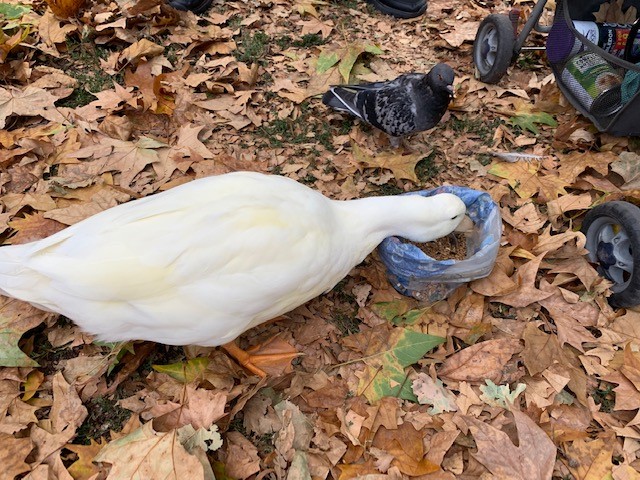 The Eggs-traordinary Story of Clarence the Supermarket Duck