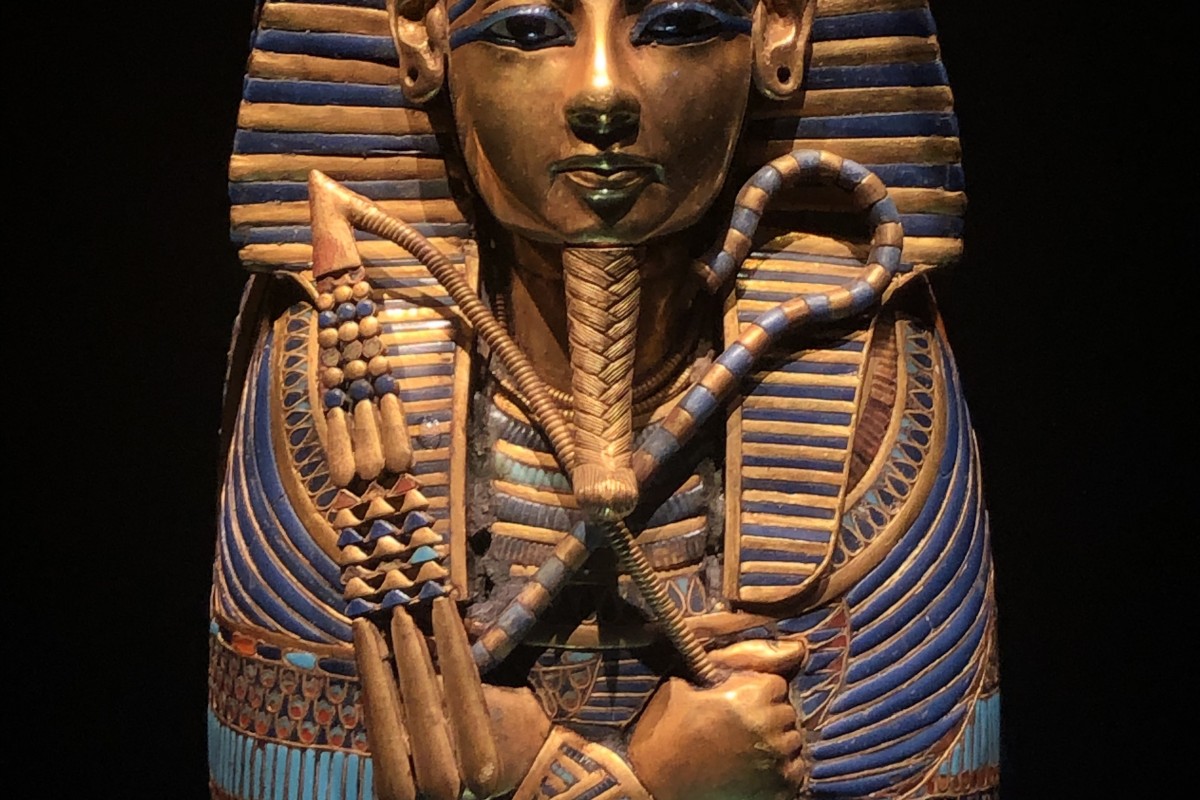 ‘At first I could see nothing, the hot air escaping from the chamber causing the candle to flicker. Presently, details of the room emerged slowly from the mist, strange animals, statues and gold - everywhere the glint of gold’.

As though it were adapting Howard Carter’s immortal words into a major motion picture, the Saatchi Gallery has given the glittering treasures of Tutankhamun’s tomb the Hollywood treatment. Cloaked in darkness and surrounded by moody musical accompaniment, the artefacts are shining starlets cast as King Tut in his various forms: a lion tamer, a charioteer, a god, a king, and, most poignantly, a child. 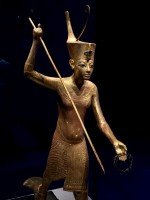 Just nine years old when he ascended the throne of Egypt, then the most powerful kingdom on the planet, Tutankhamun’s rule lasted only nine years before his sudden and mysterious death. His reign was not one marked by war, political turmoil, or societal upheaval. In fact, it is characterised by a return to tradition after his father Akhenaten’s chaotic and divisive time on the throne. Tutankhamun did not go down in Egyptian history as a great pharaoh, suffering quite the opposite fate; the names of his successors often scrawled over his own in the royal records. Though somewhat forgotten in the years following his death, Tutankhamun was a pharaoh in life, making him a king and a god in the kohl-lined eyes of Egyptian society, and the court spared no expense for the boy pharaoh. 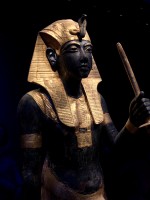 Such is evident from the immense collection of riches on display in the exhibition. At several points, jaws literally dropped. At each turn a sculpted solider, a gilded row boat, a selection of gleaming weaponry. Far from ceremonial, these were regarded as absolute essentials to ensure the deceased king’s safety on his journey through the underworld. The gallery guides us through an arresting landscape of black and gold, punctuated by occasional kaleidoscopes of colour, as if we are on this perilous journey ourselves, the pristine condition of the artefacts only adding to the atmosphere of silver screen adventure. Over 3,300 years after their creation, they still resemble movie props; the lucky scarabs glow blue as the Mediterranean, the jewellery boxes white as linen, the vases green as the Nile. And, of course, gold. Everywhere the glint of gold. These artefacts show no trace whatsoever of their age, having been sealed in the king’s airless tomb for millennia, and the Saatchi Gallery does an excellent job of making sure they stay that way. 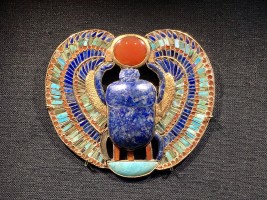 Many forget that, behind the glitz of the golden mask and the drama of the ‘pharaoh’s curse’, Tutankhamun was a boy, a teenager on the brink of adulthood upon his untimely death. The exhibition brings the human side of the legendary king to light, lending a generous glimpse into his personal life. A collection of worn wooden boomerangs, not extravagantly decorated or steeped in gold, was Tut’s personal supply. A simple ebony and ivory chair conjures images of the child king delighting in the antics of court performers. Perhaps most movingly, a perfectly preserved pair of linen gloves brings forth visions of Tutankhamun’s hands, not cold and stiff in his sarcophagus, but warm, nimble, and alive. It is items like these which set this exhibition apart and make it an absolute must-see. 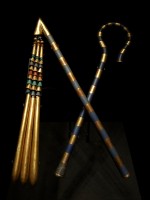 Being a must-see, the gallery is packed with spectators. One should anticipate no less from a show of this calibre, whose priceless artefacts, sixty of which have never before left Egypt, are on their final tour before returning home forever. However, the crowdedness of the rooms is soon overshadowed by their golden inhabitants, the throng of visitors literally fading to black as the treasures emerge. This said, come prepared for a little claustrophobia: when King Tut comes to town, expect the masses to gather. 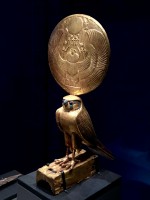 The Ancient Egyptians believed that true death is a twofold process. The first death occurs after you have breathed your last breath, and the second when your name is uttered for the last time. Among their literature is the acute phrase: ‘Speak the name of the dead and you make them live again’. Tutankhamun may have undergone his first death aged just eighteen, but that was only the beginning of his journey to immortality. The final room of the exhibition opens with the words ‘He Lives’ projected onto the wall, and this haunting declaration could not be more true. The millions of museum visitors, classrooms around the world, and pop culture portrayals, that shall utter Tutankhamun’s name every day for the foreseeable future, ensure that this once-forgotten boy king will live forever. 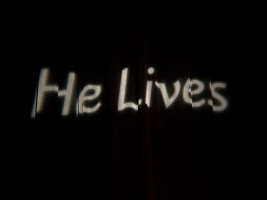 ’Tutankhamun: Treasures of the Golden Pharaoh’ is showing at the Saatchi Gallery until May 3rd 2020.