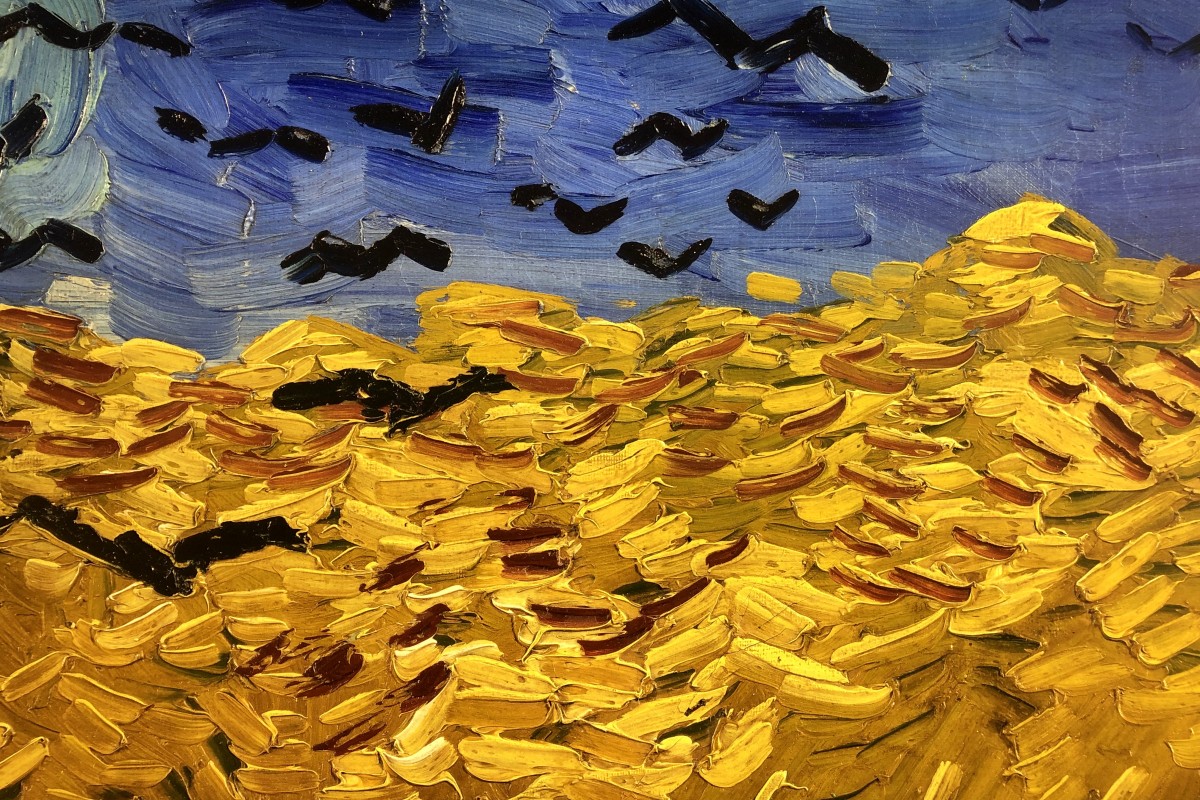 ‘Van Goe’, ‘Van Goff’, ‘Van Gock’; just like his name, the Dutch artist, who said he’d prefer to be known simply as ‘Vincent’, is the subject of constant debate and scrutiny. Sometimes a frustrated genius, sometimes a deeply ill man, sometimes a lost soul, ‘Meet Vincent Van Gogh’ shows us that he was all of these and more. 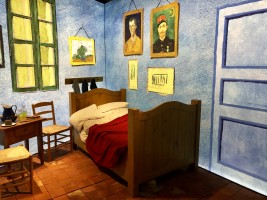 Though it doesn’t house any authentic Van Gogh pieces (you’ll have to head to the National Gallery for those), the show does make you feel as though you’ve stepped into them. After an introductory film in which ‘Wheatfield With Crows’ (1890) comes to sombre life, we step through a curtain and into a bustling Paris café. Strewn about the rickety wooden tables are Vincent’s sketches of bar regulars, quotes from the artist, books that influenced him, and idle cups of coffee and absinthe. Despite the artificial set-up, it is easy to imagine Van Gogh bursting into a similar establishment, freshly inspired, ordering un café noir and philosophising with fellow artists. Here we become a part of the nightlife scene Vincent so adored, and get to know the man who used leftover slices of bread as erasers and enlisted passing patrons as models. At the back of the room, we get the chance to make our own drawings using a perspective frame, one of Van Gogh’s favourite tools. Sitting and sketching in this room, with the sounds of a french café filtering through the ceiling, really does put us in Vincent’s shoes — even if just for a few moments. 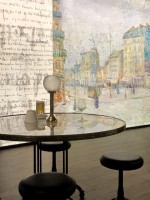 As mentioned, there are no genuine pieces in the show. There are, however, painstaking 3D-printed facsimiles of some of the artist’s most famous pieces. These have an advantage that the real deals lack: they can be touched. This may sound like a superficial gimmick, but tracing one’s fingers along Van Gogh’s bold brushstrokes, though they aren’t really his own, truly adds another dimension to the experience. The looping, curling strokes in ’Undergrowth’ (1889) make the painting feel like the gnarled branches they depict. Running your fingers through the straight, confident flicks in the ‘Wheatfield’ series feels like you’re touching the same golden blades that inspired the paintings. Perhaps most excitingly, you can finally get your hands on the iconic sunflowers, patting their gently bowing heads. 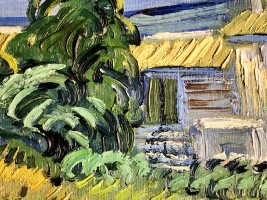 More interestingly, the gallery takes a tiny section of one of Van Vogh’s pieces and enlarges it, 3D-printed to expose every last detail, to ceiling height. This reveals Van Gogh’s process in astonishingly high definition; finally visible are the grains of sand and crumbs of dirt he mixed into his paints to breathe life into his work. Also around the rooms are touch-screens which allow us to unveil other secrets of Vincent’s pieces. Experts reconstruct what they would have looked like before the passage of time altered their colours (Vincent’s room was actually a lively lavender, not baby blue), and X-rays highlight where he reused canvases by painting over his own work (under ‘Basket of Potatoes’ is hidden a shepherd his flock). 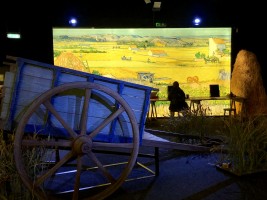 In the final room, we’re free to browse and discover in depth an immense array of Van Gogh’s work from several large touch panels, from world-renowned classics to obscure experimental pieces. In the same room plays a short film in which the artist’s sheer impact and legacy is made abundantly clear. We see one of his paintings being actioned for a jaw-dropping £55 million, and seconds later hear an extract from one of Vincent’s letters, in which he expresses hope that his art will one day cover just a little more than his living costs. Though Van Gogh only sold one painting in his lifetime, the show's bittersweet ending demonstrates how a tragically late swing in public opinion transformed an outcast into a legend. 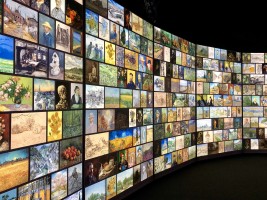 This event refers to itself as an experience, not an exhibition. This is entirely appropriate, and one should not attend expecting a serious academic study of Van Gogh’s life and work. If that is what you’re after, this is not for you. The aim here, it seems, is to take Van Gogh off his lofty spot on every gallery’s walls and bring him down to earth. Of course, no amount of research into his intense artwork or examination of his intimate letters will allow us to know or meet Vincent. But standing in front of a life-sized projection of his little yellow house, sitting on a towering hay bale as cicadas chirp, and relaxing in a replica of his sunny bedroom — a straw hat tucked under the bed, he does seem a little closer than before. As Vincent said, ‘What is done in love is done well’. It is obvious that the organisers of ‘Meet Vincent Van Gogh’ loved him dearly.