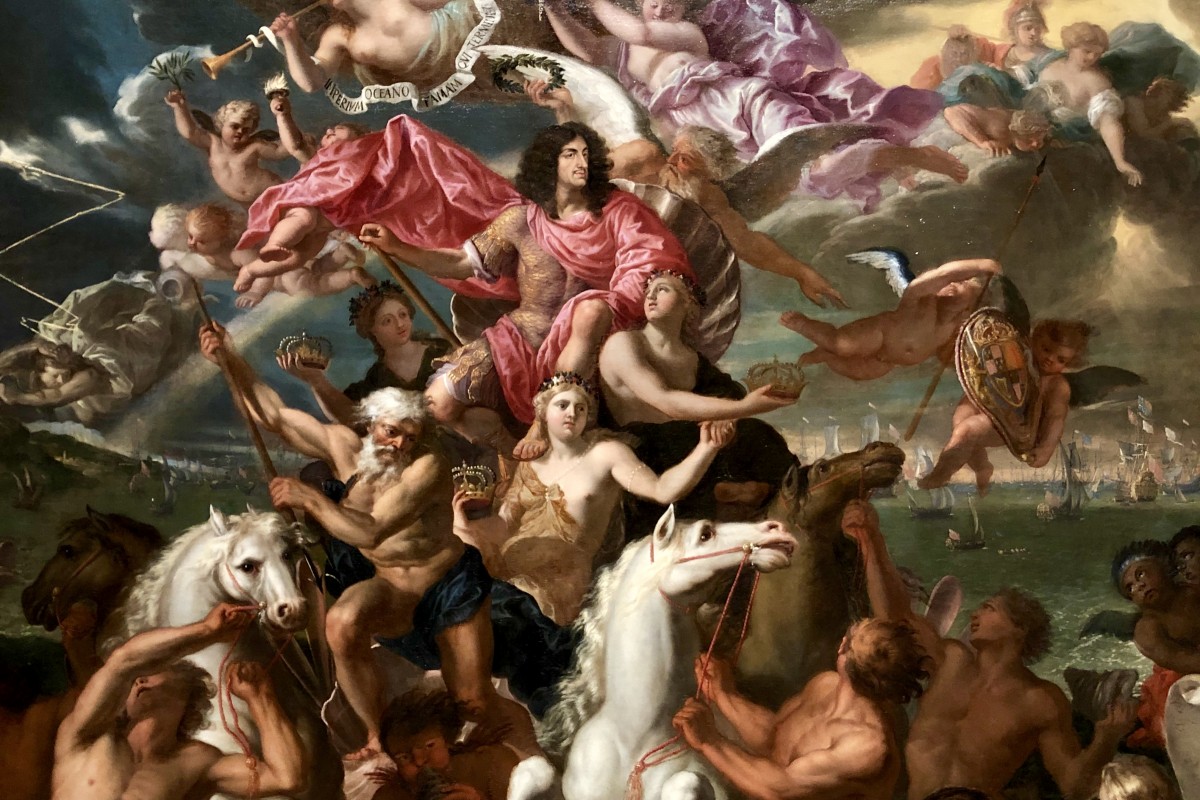 The word ‘Baroque’ stems from the Portuguese ‘Barroco’, meaning a misshapen pearl, a fitting name for this movement to say the least. While art of the Renaissance is serene and noble, conforming to extensive rules to achieve visual perfection, a flawless pearl, Baroque art is not so. The latter is in your face, practically leaping out of its canvases. It is emotionally intense, with spectacular scenes populated by grinning, gurning, and weeping visages, often all at the same time. Above all, it is theatrical; each work a show of epic proportions, each face telling a spellbinding story. The Tate Britain’s exhibition of British Baroque art, while showcasing the incredible craftsmanship of the movement’s artists and elegantly curating the collection, also highlights some of its less palatable aspects. 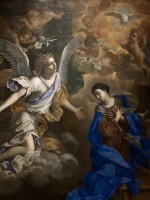 There is an undeniable silliness in Baroque that one must laugh along with. Henri Gascar’s ’James, Duke of York’, for all its technical mastery, is quite hilarious. James stands proud, ringlets bouncing, in turquoise leggings and bejewelled sandals, a loud pink cloak draped over his yellow tunic. Resembling a circus performer, he is supposed to look like the Roman god Mars. Antonio Verrio’s ‘The Sea Triumph of Charles II’ would be a timeless beauty were it not for the incongruous Charles, whose wigged head gazes out over his fleet as he reclines in an enormous scallop shell. This silliness, which today procures giggles or sighs from viewers, was intended to amaze and intimidate. Baroque art was a powerful tool used to influence political stances, remind the public of the church’s ultimate authority, or glorify the monarchy in times of unrest. Once commanding admiration, today its pomp and pageantry screams insecurity and desperation. Intentionally or not, the exhibition brings this fascinating if somewhat embarrassing element forward for all to see. 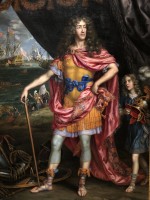 Another unsavoury feature of Baroque-era society was its elitism, so pronounced that well-to-do homes often took extreme measures to keep money and alliances in the family. Inbreeding did not make for lovely faces. The exhibition displays several collections of ‘court beauties’, who possessed desirable features such as receding chins and accentuated foreheads. In other rooms, frilled children play with macaws and monkeys, unabashed demonstrations of wealth and worldliness. We may laugh at the pathetic ostentatiousness of these pieces, but their displays of affluence are sometimes more shocking and offensive. In Gennari’s painting of Duchess Mazarin, not only is the subject surrounded by black slave children, but said children don the same silver collars as the dogs at their feet. The Tate does well to highlight this vulgarity in the painting’s caption, giving a brief history of the slave trade, the events that followed, and its impact to this day. 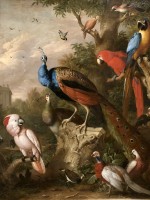 This era, often remembered for its pompous paintings, also gave rise to magnificent architecture, impressive scientific advancements, and important artistic developments. Thankfully, the exhibition sheds light on these as well as the uglier side of the times. A room is dedicated to the enthralling plans of Baroque architects such as Christopher Wren, designer of the iconic St. Paul’s Cathedral. Here we can see familiar forms such as Greenwich Naval College, as well as strange and wonderful projects which never came to fruition. One can also find works by Robert Hooke, his hugely influential book ‘Micrographia’ opened at his oddly beautiful scientific drawing of a flea. Also on display are astonishing examples of the illusionistic ‘trompe-l’œil’ technique; flat canvasses becoming ivy-hung portals into sunny gardens, complete with peeping cats and lounging ladies. 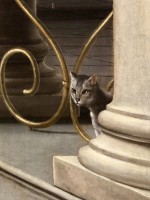 Fraught with problematic politics, laughable outfits, and garish shows of wealth, it is easy to dismiss the Baroque as a frivolous, inconsequential trend. The truth, however, is that this movement inspired art as the world had never seen it before, and as it would never be again. It was art as theatre, a motionless spectacle in a gilded frame. The Tate’s exhibition was right in calling attention to the movement’s shortcomings, and also displayed a number of marvellous pieces, but could have done more to showcase its rebellious side: the side which rejected the perfect pearl of the Renaissance and embraced the dramatic, losing itself in its own whirlwind of hedonism and vivacity.

'British Baroque: Power and Illusion' is showing at the Tate Britain until April 19, 2020.