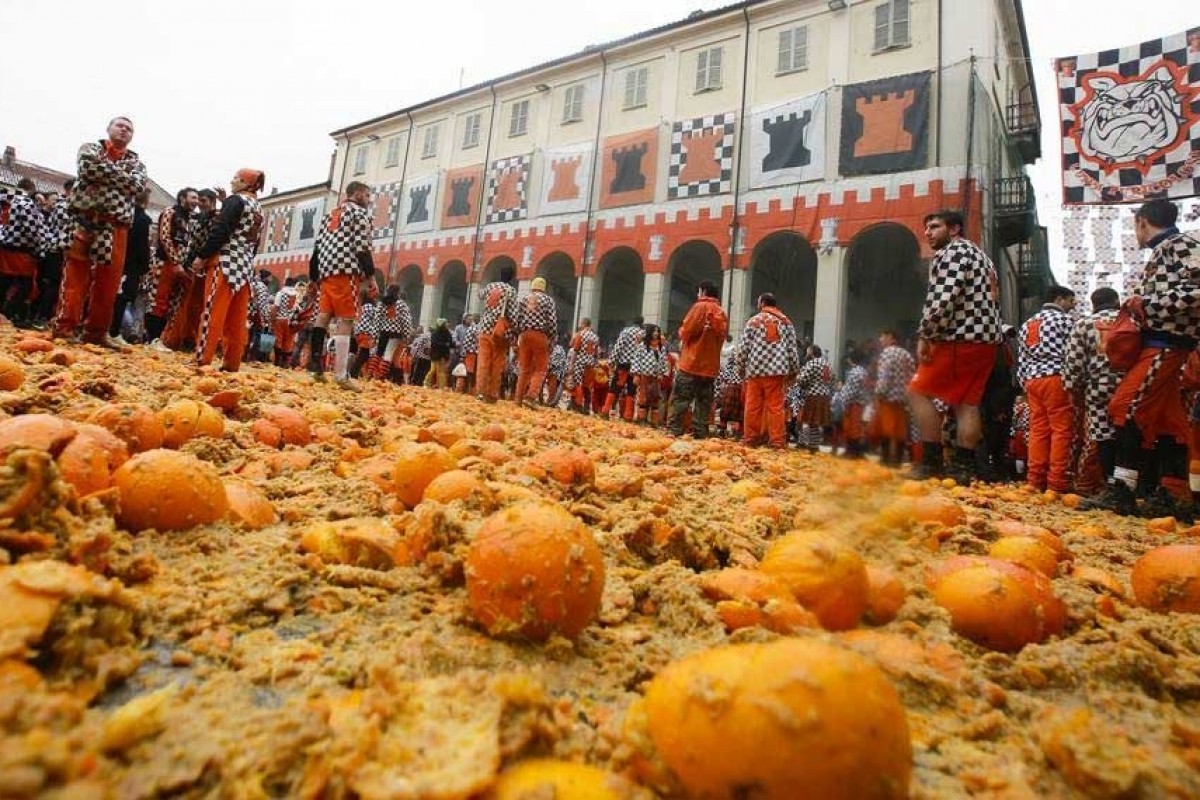 This is our guide to help you make the most of your year and have a year of amazing experiences in London and exploring Europe.

We have developed a calendar of cornerstone London events we think are well worth experiencing and some of the most interesting UK and European events and festivals worth leaving London for.

UK Highlights include Haxey Hood (a medieval rugby like game played between pubs), Whittlesea Strawbear Festival (Probably the best straw bear festival in the world if that means anything) and the awe-inspiring Up Helly AA  (A viking like fire festival in the remote Shetland Islands, Scotland that has to be seen to be believed)

European Highlights include Hotschrennan (A piglet race in the snow) and Della Befana (A witch runs around the medieval village of Urbania, Italy delivering gifts to children in a unique Christmas celebration)

February should be known as Fun February as there is a lot of unique and quirky things to do.

London Highlights include the Clowns Church Service in honour of Grimaldi, and watching the Superbowl in the a Pub, dressing as a sheep and joining the world's friendliest people Kiwi's on the their annual circle line pub crawl to celebrate Waitangi Day, Shrove Tuesday is celebrated across London with pancake races and the month finishes with in style with the world's most underrated sport of "Wife Carrying" which is well worth the trip to Dorking, Surrey and mixed in with a walk up to the Viewpoint of Box Hill to see the panoramic Views and finished off with some wine tasting at Denbies Winery.

UK Highlights include the Jorvik Viking Festival in York and the Royal Shrovetide Football in Ashbourne Derbshire a tradition since the 12th century.

European Highlights include Carnival which has a lot of amazing traditions across Europe the two we have mentioned below are Ivrea carnival based in Italy also known as Battle of the Oranges (Easily the best orange fight in the world) and Cologne Carnival (The world's biggest fancy dress party) and mixed in with a  torch lit Ghost parade in the medieval village of Blankenheim on the Saturday. Click here for information on other European carnival events such as Vencie, Nice, Barcelona etc.

London Highlights include the London Comic Con, celebrating St Patrick's Day in Trafalgar Square on Sunday 15th (celebrate it again on the 17th in one of London's many Irish pubs) and then make a choice between watching the Cambridge vs Oxford Goat Race (book well in advance) or Cambridge vs Oxford Boat Race on the same day.

UK Highlights Include Crufts Dog Show in Birmingham (a day trip to Birmingham for a day is a must for dog lovers) and the Cheltenham Racing Festival.

European Highlights are the annual Las Fallas Festival in Valencia and St Patrick's Day in Dublin.

UK Highlights are the Grand National the UK's most famous horse race.

European Highlights are Snowbombing (A music festival in the snow in Austria) and Kings Day in Amsterdam (The Netherlands party in a sea of orange), Walpurgis Night in Helsinki and Seville Fair (A good excuse to see one of Spain's must visit cities)

*** Book your holidays in Advance for the 4 day Easter break

London Highlights include the Chelsea Flower Show, Midnight Madness and the London Sevens.

European Highlights include the Seville Fair, Rhine in Flames Festival in Bonn, Germany and the Monaco Grand Prix.

**** There are two long weekends in May so to take advantage book your trips away well in advance.

London has many Highlights some of these being Polo in the Park, Access to the Open Squares Gardens, Trooping the Colour, Pride in London (A huge fun celebration in the city) and Wimbledon.

European Highlights include the Calcio Storico in Florence, Italy

European Highlights include Pamplona (Running of the Bulls), Fiesta of Near Death Experiences and Galway Racing Festival.

London Highlights include Guy Fawkes Bonfire Night and the start of Winter Wonderland and the Christmas at Kew Gardens exhibition.

European Highlights include Rabechilbi in Richterswil, Switzerland (A turnip lantern parade that is better than it sounds) and the Santa Claus World Championships also in Switzerland.